Kazakhstan’s State Agency to Combat Economic Crimes and Corruption has filed a claim of more than $700 million against the consortium Karachaganak Petroleum Operating (KPO), which is developing the Karachaganak Field.

As reported by Damezhan Esembekova, Press Secretary for the Agency, in the course of a tax verification process, it was established that in 2008 the consortium extracted 1.1 million tons of oil and 94,000 tons of condensate beyond the level allowed in the annual work program determined by the Ministry of Energy and Mineral Resources, resulting in illegal revenue.

“Based on this fact, a criminal case was filed and an investigation is being conducted,” stated Esembekova.

It was reported earlier that a tax verification of KPO was being conducted, which included questions regarding the timeliness of tax payments and other required payments to the Republic’s budget for the period of 2005 to 2009. As a result of the completed tax verification process for 2004, the total claims against the company exceeded 20 billion tenge ($135 million). Furthermore, a verification of KPO’s compliance with Kazakhstan’s labor and migration legislation is underway.

The Karachaganak Field is one of the largest in the world, with reserves totaling 1.2 billion tons of oil and 1.35 trillion cubic meters of gas. The field is being developed under a Production Sharing Agreement by the international consortium KPO, in which BG Group holds a 32.5% stake, Eni – 32.5%, Chevron – 20% and LUKoil – 15%. At the end of last year, the Prime Minister of Kazakhstan, Karim Masimov, announced that the state wants to become a stakeholder in this project.

Details:  AN OIL DEMOCRACY, OR THE STORY OF BEREZOVKA 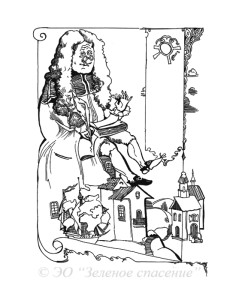