You are here: Home / News / The Danger of Renting National Parks

This material prepared for the Ecological Society Green Salvation.

Sierra Perez-Sparks
is a Masters student at Harvard University
and studies democratization, social movements and food politics.
She is especially interested in urban bias within post-Soviet states.
Ms. Perez-Sparks also translates news for the website WatchingAmerica.com. 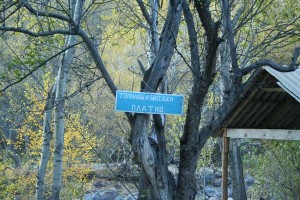 In April 2011, head of the Kazakhstani Department of Regulation and Control of Forestry and Protected Areas Kairat Ustemirov announced that the government would lease national parklands for 49 years, primarily for the development of eco-tourism and related infrastructural needs (1). No doubt eager businessmen looking to capitalize on Kazakhstan’s mountainous regions and a government in times of global economic hardship welcome developments of this ilk, and indeed Mr. Ustemirov stated that a number of projects already were underway. However, how the leasing of these lands will impact Kazakhs today and in future decades constitutes a completely different matter. While it is uncertain that the people would even see the revenue from leased lands, it is even more uncertain what unintended ramifications the populace and local eco-systems would encounter as a result of development. Moreover, these concerns say nothing about the tremendous threat that accompanies any sale of public land to the privatized, for-profit sector—the threat against the social fabric. 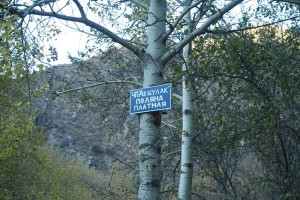 To understand how privatizing the environment endangers the strength and robustness of a people, one must first agree that the value of nature exceeds its weight in gold. Yet, it is easiest to place value on the environment when we consider it in terms of natural resources. The markets straightforwardly monetized, for example, the 421,700 metric tons of copper extracted from Kazakhstan’s deposits in 2008 (2). Recently the China Development Bank signed a memorandum of understanding that added $1.5 billion to its existing $2.7 billion loan to Kazakhmys, a natural resources group, for the development of major copper projects in Kazakhstan (3). Although one rarely associates smartphones, for which copper is used to construct its circuitry, with desert eco-systems and rupestrian whirlpools, nature indeed provides the raw materials necessary to construct such a feat of human ingenuity.

Beyond the strictest definition of natural resources, one quite simply can calculate the value of nature based on various forms of outdoor entertainment. Sport hunting, snowmobiling and skiing are just a few of the popular activities that relocate the human from the urban environment to a liminal setting where industry meets the natural order. In Colorado, the number one ski destination in the United States, the skiing industry generates an estimated $2 billion of revenue each year (4). For many Coloradans, global warming threatens one’s livelihood in addition to one’s surroundings because, as countries the world over keenly understand, a thriving eco-tourism sector supplies a critical stream of revenue. It is hard to fault a properly managed eco-tourism business, i.e. when eco-tourism is in actuality eco-friendly, and it perhaps strikes the happiest medium between the profit from and preservation of nature. Sustainable interaction with the environment simultaneously pleases man on two levels, satisfying his commercial desires and soothing his spiritual concern for his surroundings. Certainly not all projects achieve this balance. For example, Almaty’s Kok Tobe, a commercialized mountaintop park, features an impressive vista of the city and the Tien Shan mountains in addition to an appalling zoological garden. The management of Kok Tobe unwisely pairs the caged animals with descriptive placards that only seem to accentuate the unnaturalness of the animals’ habitat and diet. Far too often, as seen in this particular example, eco-tourism values nature primarily in terms of dollars and cents, and prioritizes the consumer over the inheritance of the public. 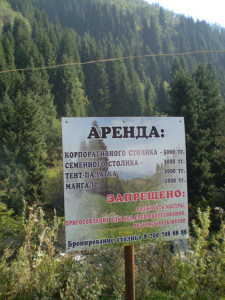 The inheritance of the public is our Earth; it is our environment and our commons. These spaces are a “living legacy”—a cultural resource that pays political, ecological and emotional dividends (5). In its Cultural Resource Management Guide, the U.S. National Park Service identifies cultural resources as a “unique medium” that has “the ability to connect one generation to another…an inherent capacity to mold and reinforce our identities as social creatures” (6). One observes the manifestation of this social connection in the footsteps that have trodden the Appalachian Trail over the course of nearly a century, or in the unobstructed forest pathways that have been cleared by an Almaty mountain man after a heavy storm. Ancestors and descendants alike can appreciate the same slopes and ravines. Freely accessible public space strengthens the social fabric, not only by passing down a shared cultural identity from generation to generation, but also by providing the opportunity for people to interact independently outside the realm of controlling forces such as economic markets or particular administrations. In this way one appraises a truly precious and renewable natural resource, nature’s buttress against social frailty. Conversely, the absence of this buttress engenders a displaced public insofar as privatizing public lands effectively evicts people from their inherited lands.

Protecting public lands merits the attention of each and every citizen, especially because those who ostensibly steward the inheritance of the public frequently squander it. History and current practice demonstrate that governments too often cede public lands. And once the land departs from the public trust, the public becomes weaker—an especially undesirable consequence for democracies. However, there are instances of the public reacquiring lost lands and in this we can see greater returns over a longer period of time than in the initial sale of the land. One such example is the White Mountain National Forest. In 1867, New Hampshire Governor Harriman sold the region primarily to logging companies, which in turn disastrously mismanaged the land so that within the course of a few decades the “resounding [public] outcry” spurred the government to action (7). In 1911, the U.S. Congress passed the Weeks Act, which authorized the use of federal funding to purchase forestland for the purpose of conserving it, and in 1914 the U.S. government began to buy back the White Mountains. Now, the White Mountain National Forest spans nearly 800,000 acres, attracts approximately 7 million domestic and international visitors a year, and constitutes one of New England’s richest natural resources (8). Of course, such a happy ending cannot be guaranteed for all formerly public lands, and one simply wonders about the future of Kazakhstan’s national parks, which are now being leased for 49 years. Will the lands be mismanaged? And will this spread the desertification of Kazakhstan to the verdancy of the collective?

As Kazakhstan pushes into the future, developing its many different kinds of resources, the country can decide which type of natural resource to prioritize. Unfortunately, the dazzling process of converting nature into money limits one’s understanding of its resources, and in consequence one tragically ignores an invaluable source of wealth. Though the temptation of riches is great, the advantages of building a vibrant democracy are greater.

HUMAN RIGHTS OR “BRIGHT” NUCLEAR FUTURE? IT IS YOUR CHOICE!Here is how the national report was prepared