You are here: Home / News / After Twelve Years of Struggle, the Village of Berezovka Will Finally Be Relocated 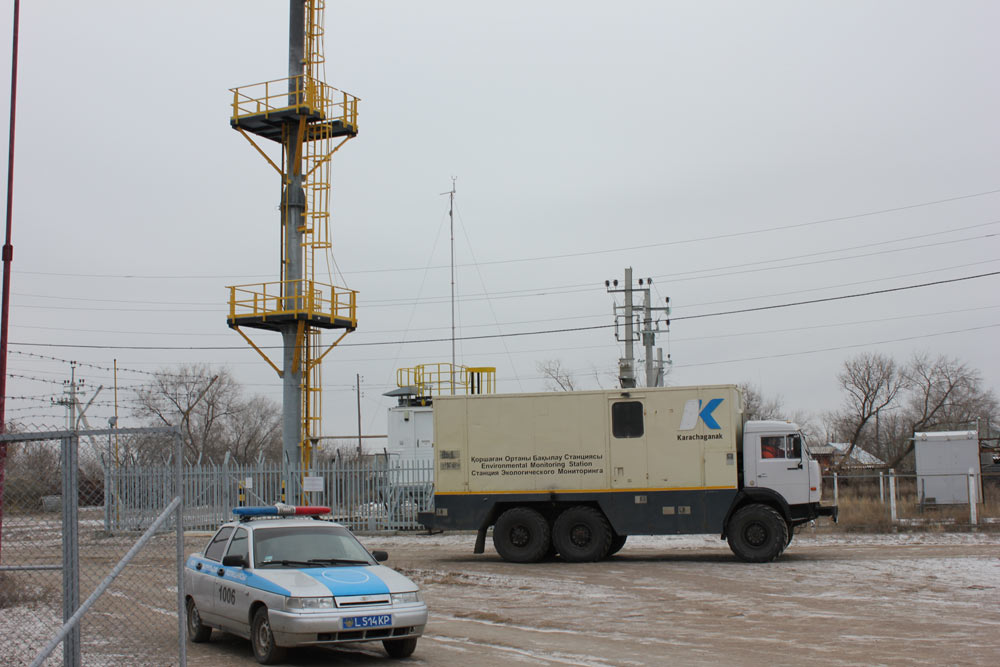 On July 10, 2015, Kazakhstan’s Deputy Premier-Minister, Berdibek Saparbaev, publicly announced that the village of Berezovka will be relocated and that the Karachaganak Petroleum Operating BV consortium, which operates the massive Karachaganak Oil and Gas Condensate Field, will foot the bill. The village of Berezovka, which is located on the edge of the sanitary protection zone surrounding the Karachaganak field, and which is home to 1,581 people, has been demanding relocation since 2003 due to severe environmental health problems in the community, which they attribute to toxic emissions from the Karachaganak field. The relocation will take place in two stages: 127 families will be relocated by the end of 2015; the rest of the village will be resettled by the end of 2016, according to Saparbaev.

Svetlana Anosova, head of Zhasil Dala, the local environmental group in Berezovka, stated, “We demand that all questions related to relocation and compensation comply with the law and are transparent and fair. People have suffered for many years from the impact of Karachaganak. In addition, we are being forced to give up our homes and our way of life. People are afraid and extremely worried about giving up their homeland. They are afraid they will be lied to by the authorities and KPO and forced to move to a place and into conditions that are worse than Berezovka.”

Crude Accountability and Green Salvation support the decision of the government of Kazakhstan to relocate the residents of Berezovka. For twelve years, together with Zhasil Dala, we have led the fight for the right to live in a clean environment and to be relocated from the dangerous proximity to the Karachaganak Oil and Gas Condensate Field. “It is great news that the community will finally be relocated,” said Kate Watters, executive director of Crude Accountability. “We applaud the government’s decision to do the right thing. However, we will be monitoring to ensure the relocation takes place in compliance with international standards and according to Kazakhstani law. The community must be compensated for the devastating health, environmental, social and economic losses it has suffered for the past decade. Simply relocating the village is not enough. We remember the problematic relocation of the village of Tungush in 2003, and we do not want to see a repeat of that scenario.”

On November 28, 2014, twenty five children and three adults fell ill at the village school during second period classes. This was just the first in a series of nightmarish episodes, which continued through June 2015, in which children repeatedly fainted, convulsed and fell into delirium in the community. No official diagnosis has been made connecting these episodes with the activity at the Karachaganak field, however, repeatedly over the course of the past six months, episodes in which the children fall ill have been preceded by elevated emissions levels from activities at the field.

It is widely believed that the decision to relocate the village has been accelerated because of the poisoning of the children in the village, although the government and KPO take no responsibility for this. “The Vice Premier Minister’s explanation of the causes of the November tragedy in Berezovka is an example of the cynical view of the government of the impact of the Karachaganak field on the community. It is also reminiscent of KPO’s reaction, in 2003, to questions regarding elevated toxic emissions in the atmosphere around the Karachaganak field. At that time, KPO stated the emissions were caused by the villagers’ trash piles and not by hydrogen sulfide emissions at the field. The government and KPO are loath to connect the illness in Berezovka with the activities at the field because this would make them responsible for compensation for suffering and damages,” said Sergey Solyanik, Crude Accountability’s consultant in Kazakhstan.

“Our organization believes that KPO violates the requirements of Kazakhstani legislation, using its shortcomings and by poor observance of the laws of state bodies. This is the main reason for the situation that is occurring in Berezovka, which is characterized by gross violations of people’s right to an environment that supports their health and well-being,” said Sergey Kuratov, director of the Ecological Society Green Salvation.

Zhasil Dala, Crude Accountability and Green Salvation demand that the relocation of the community be carried out legally, transparently and fairly. We demand that compensation be paid in compliance with Kazakhstani law and in accordance with the highest international standards and practices. We also demand that the government conduct an immediate, transparent investigation into the causes of the November 28, 2014 tragedy and the ongoing health consequences for the children of Berezovka over the past 7 months, and payment of compensation to all who have suffered.

Pardon Us, World Heritage or Ecocide for Personal GainSummary of Lawsuits in 2014 by the Ecological Society Green Salvation

Pardon Us, World Heritage or Ecocide for Personal Gain