You are here: Home / Conventions / The plans for the construction of the Kok Zhailau ski resort are not in compliance with the requirements of the Aarhus Convention 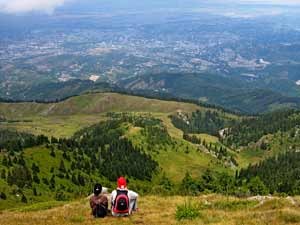 On 19 June 2017 the Compliance Committee of the UNECE Convention on Access to Information, Public Participation in Decision-making and Access to Justice in Environmental Matters (Aarhus Convention) established that decisions on the construction project of the Kok Zhailau ski resort were made with a number of violations of the requirements of the Convention.

Four years ago 12 residents of Almaty submitted a communication to the Compliance Committee in relation to numerous severe violations of the international law on public participation while planning the resort. After a thorough review of the case with the participation of representatives of the Government of Kazakhstan, the Committee found the Party to be noncompliant with a number of international obligations while planning the construction of the resort, specifically with regard to the respective plans of the Government and conducting the environmental impact assessment by the Almaty municipality. In particular, the following violations of the requirements of the Aarhus Convention were established:

• The Plan to Develop World-Class Ski Resorts in Almaty Region and around Almaty City was approved by Governmental Resolution 1761 of 29 December 2012 without public participation.

• The announcement of the public hearing on the preliminary impact assessment was incomplete and published in non-compliance with the timeframes set by the legislation of the Republic of Kazakhstan.

• The preliminary assessment report was provided for public review only a few days prior the hearings and as a result the public had no opportunity to prepare for effective participation in its review.

• The decision on the project was made without due account of the outcome of public participation.

Thus, the decisions on the construction project of the Kok Zhailau ski resort were made in non-compliance with paragraphs 2, 3, 8 of article 6 and article 7 of the Aarhus Convention.

Members of the public of the City of Almaty believe that the decisions on the construction projects of the ski resort are not economically and environmentally sound and have not taken into account the potential impact of the project caused by climate change. Attempts to revive the project are harmful for the international image of the country.

Bearing in mind the established non-compliance with the requirements of the Aarhus Convention we urge:

1. The Government and the Almaty municipality to reject any plans for the construction of the resort and budgetary assignments for its implementations.

2. The Government to make the decision to return the land area of the Kok Zhailau gorge back to the Ile Alatau national park.

3. The Almaty municipality to abstain from any actions to resume construction and to transfer the remaining funds for the improvement of local protected areas and the city development.

4. Investors and potential investors to refrain from any investments related to the construction in the Kok Zhailau gorge.

The development of the city and the country shall be conducted in line with international law and the international commitments of Kazakhstan!