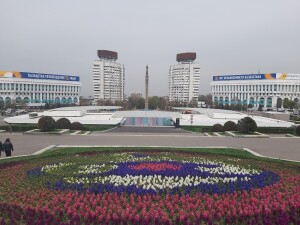 More than four months have passed since the third consultation seminar – July 7 and 8, 2021 – on the Green City Action Plan (GCAP) for Almaty. The project officially started on September 9, 2020. It is implemented by the European Bank for Reconstruction and Development (EBRD) under the EBRD Green Cities programme, and is funded by the Federal Ministry of Finance of Republic of Austria.

According to the Initial Report on the Green City Action Plan, which was prepared in September 2020, the fourth stakeholder engagement workshop was planned for mid-April 2021. The final presentation of the GCAP was scheduled for September 2021.

The final presentation of the GCAP in the Local Council is scheduled for September 6, 2021. This date should be discussed with the decision makers and confirmed by them. According to the Law on Public Councils, the document will be made public 10 days before its approval.”[1].

October has come. The public has not received any information about the fourth and final seminars. We decided to ask the main developers and executors of the project about how the work is progressing and when the public will receive comprehensive information.

On October 28, the Department of the Green Economy of Almaty responded to us. “Currently, the consultants have conducted an initial report, a report on the external structure, a collection of indicators for 7 sectors of the GCAP, a database of indicators has been formed, workshops have been held, a report has been prepared, and a technical assessment has been given, in which problems and solutions by industry have been identified.

The final draft is currently not ready. The final project is planned to be completed in 2022.”

Later we received a response not from the EBRD, from the EcoSocio Analysts Company, dated October 27 (Ref. No. 21-72).

“Currently, the Consultants are at the stage of detailing the actions that were identified as priorities during the third consultation workshop. As an interim stage, we are conducting industry technical discussions with Akimat departments to check and improve the list of priority actions that should be detailed and included in the final action plan. Please note that detailing actions is a complex process that requires time and the participation of all experts of the project team, as well as representatives of interested departments of the Akimat.

The fourth seminar will be organized only after we have a draft of the sections “Actions of the green city,” which will be agreed with all interested parties in the same format as in previous consultations. The date of the seminar will be announced later.”

So, the final presentation of the Green City Action Plan has been postponed for an indefinite month of 2022. According to the Bank’s methodology, this is acceptable for the development of such projects, since the project is developed from 12 to 24 months. Only 14 months have passed. However, we hope that when the Plan begins, the city will finally get rid of the smog, noise pollution, illegal development, fetid dumps, and the massive felling of trees will stop.

Almaty residents applied to the European Bank for Reconstruction and DevelopmentWhat prevents compliance with the Aarhus Convention in Kazakhstan?