You are here: Home / Uncategorized / A lawsuit about the government inactivity. Court on-site hearings in Berezovka village 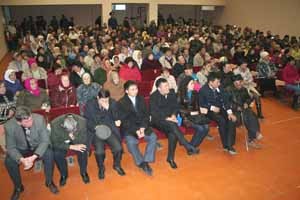 April 30th, Specialized Interregional Economic Court (SIEC) of Astana city organized on-site hearings in Berezovka village, West-Kazakhstan oblast. The lawsuit about inactivity of the Government of the Republic of Kazakhstan and admitting the Head sanitary inspector’s conclusion on reduction of the sanitary protection zone to be invalid was mounted on June 19, 2008, by Ecological Society Green Salvation, in order to protect interests of the village residents.

In December 2009, after a year and a half of the case consideration, the Supreme Court stated that SIEC committed violations, and sent the case for another consideration to the same court, but to another judge. Having started a new process, the judge decided to conduct hearings directly in Berezovka village, in order to get familiar with the situation on the site.

The judge and representatives of the parties and local authorities examined the village, the brick and sausage factories, following which the hearings took place in the local community center. The hearings hall was full: more than 300 people came in. This was additional confirmation of the acuity of the issue about resettlement of the people outside of the limits of the sanitary protection zone of the international consortium “Karachaganak Petroleum Operating B.V.” 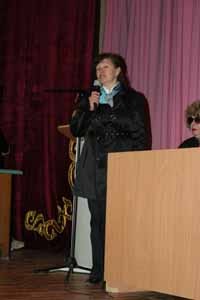 The floor was given to the Green Salvation lawyer and to the villagers. The village residents were presented conclusions of the “Evaluation of people’s health in the area of Karachaganak oil and gas condensate deposit” conducted in 2008 by Kazakh Medical University named after S.D. Asfendiyarov. The conclusions state that “it is recommended to establish size of the sanitary protection zone equal to 5000 m with resettlement of Berezovka village residents to other territories”.

Audience provided active feedback to the speeches of the villagers, and almost everybody spoke in favor of resettlement. A petition with a request of resettlement was prepared and signed by more than 350 people!

On May 6th another court hearings took place in Astana. No decision has been made yet. 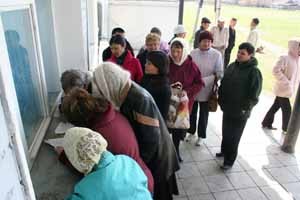 Svetlana Anossova, “Zhassyl Dala” organization: “I think, I am expressing opinion of the majority of the village residents that living in proximity of such a big deposit, as Karachaganak, is life-threatening. We see changes in the local flora and in health conditions of our children. During the emissions people’s health conditions are worsening. The village has a high mortality rate. Therefore, we initiated the lawsuit, because we believe that the resettlement is necessary”.

Details:  AN OIL DEMOCRACY, OR THE STORY OF BEREZOVKA

Almaty: a veterinary laboratory is being built with severe violations of lawSummary of Lawsuits in 2010 by the Ecological Society Green Salvation