You are here: Home / Conventions / Absurd around the Talgar site continues

After each visit to the Talgar site—the World Heritage site—we make analysis of the situation. There is a lot of data to compare: many years of the monitoring accumulated thousands of photographs. Unfortunately, lately, the concern for the site integrity increases.

It seems like there shouldn’t be any reasons for that. Construction of the road through the monument was terminated back in 2016. The site was officially included into the State Historic and Cultural Reserve-Museum “Issyk”. In summer 2018, the entrance to the site was repaired. A new informational banner was installed. And even a new fencing was started. But… Fencing of the whole site wasn’t completed, either there wasn’t enough time, or not enough money. Vehicle access to the site from the eastern side is totally open. By the way, fragments of the old fence in this area were the first ones to fall. Probably, not by an accident. It makes it easier to bring livestock to the site for grazing, or to have extreme rides entertainment.

But in early September of this year, it became obvious that somebody started driving across the site and getting down to the bridge (see the photo). On October 30, we found out that the hill slope was cut and reshaped for vehicles to pass, and that heavy machinery drives down to the bridge. Garbage dump appeared and started growing on the slope next to the bridge.

Another reason for concern is unusually high water level in the stream passing through the site from the south to the north. During all the years of observation, the water level has never been this high. As clearly seen on the photographs, the water washes away the soil and creates huge puddles in the northern part of the site approaching the old excavations.

As you see, the absurd around the site continues and creates serious concerns about preservation of the archeological monument.

We decided to address the Ministry of Culture and Sports again, in order to have our questions answered and to get the authorized body to undertake effective measures for preservation of the World Heritage site.

Our questions:
– why is the vehicle access to the site not closed from the bridge and the eastern side;
– who allowed the vehicles, including heavy machinery, to drive through the site;
– why is the stream water not redirected away from the monument?

Let us remind you, that in 2014, the sites of the nomination “Silk Roads: the Routes Network of Chang’an-Tianshan Corridor” were included in the UNESCO World Heritage List. The nomination prepared by China, Kazakhstan, and Kyrgyzstan included eight monuments from Kazakhstan. One of them is Talgar site of ancient settlement located near the city of Almaty. But in the same time, destruction of the site started to take place because of construction of a road across its territory. The road construction was stopped in 2016, when the southern part of the monument was already significantly damaged. 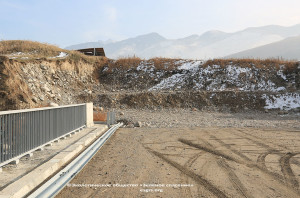 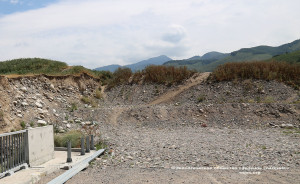 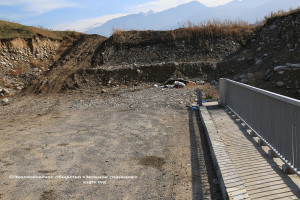 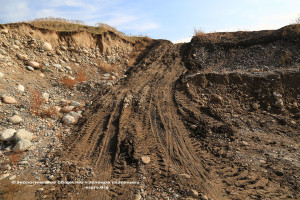 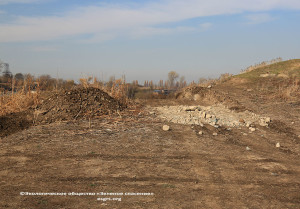 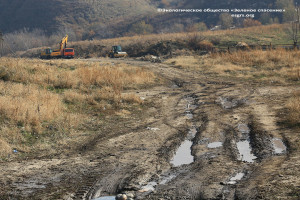 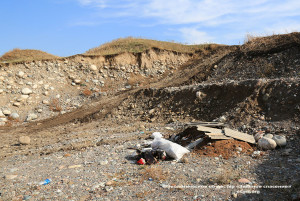 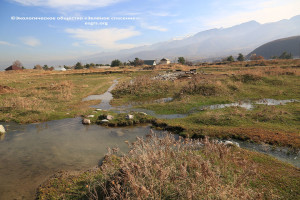 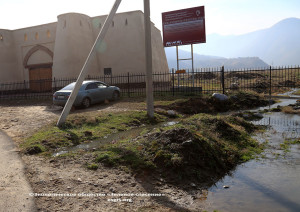 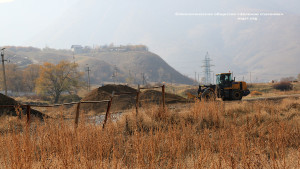 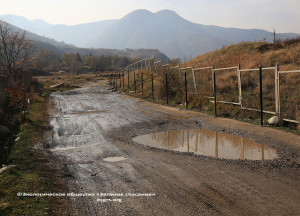 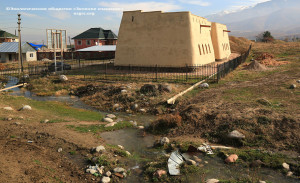 With Christmas Greetings and all Good Wishes for the New Year!Comments to the first report of Kazakhstan on implementation of the Decision VI/8g

Results of 2018 monitoring of the Talgar World Heritage Site

Land lease is a threat to national parks!