You are here: Home / News / What are we losing? Wild apricot 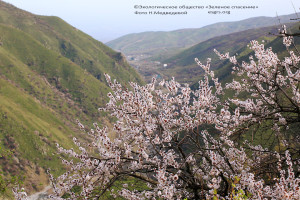 People cannot live without those genuine (and not surrogate) good things that only nature can give them: sun, earth, air, water, grass, trees, animals… People go to the mountains, go out of the city into the steppe to fully enjoy all these good things. To rest their souls at the sight of the majestic pictures of nature. Meanwhile, some ideologists of “developing and improving” of our mountains suggest that we squeal with delight at the sight of “super cool toilets”, “hockey boxes with artificial ice”. Don’t we already have enough of this in the city? Or are we threatened to disappear as a species, if we do not spend several thousand tenge in another cafe?

Maybe it’s time to think about what we are losing, mindlessly invading nature, what “values” we are striving for in exchange for the things without which we really cannot live?!

Perhaps the most impressive spring event for Almaty and its suburbs is blooming of apricot trees. In late March – early April, when there are still no leaves on the trees, and the young grass has not yet covered the ground with a solid carpet, the city front gardens get covered with white and pink floral “clouds”. Later, the same “clouds” appear at the foothills of the mountain, and then they rise higher and higher into the mountains. During flowering of apricot trees, it really feels that the spring has arrived, although the weather is very unstable.

Wild apricot is a valuable fruit tree, which also has a high decorative value. Like sakura, these trees can be admired not only in spring, but also in autumn, when the leaves turn yellow-purple.

It is so common in our area that many people do not even realize what threat this amazing plant is facing. 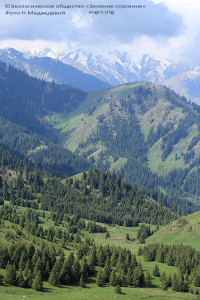 “In modern scientific literature, three to six possible places of origin of apricot are distinguished. Among them, the most likely initial center is the Tien Shan region in China.” At the present time, in the wild, it has only been preserved in the Himalayas, the Tien Shan and in the western part of the North Caucasus (1).

As it is well known, other wild fruit plants grow in the mountains of Zailiisky Alatau, for example, Sievers apple trees. They are valuable genetic resources (2) not only for Kazakhstan, but for the whole world.

Over the past decades, areas occupied by wild fruit forests have abruptly decreased in size in Kazakhstan. The main reason is human economic activity: clearing land for construction, harvesting firewood, excessive recreational load on ecosystems, fires, etc. According to scientists, “the intensive development of the territory of the Northern Tien Shan, especially the Trans-Ili Alatau and the Shu-Ile Mountains, creates concerns around preservation of the gene pool of unique plants of the region” (3).

Within the UN, there is a Food and Agriculture Organization (FAO), whose main task is to fight against hunger. FAO is committed to ensuring healthy nutrition and food security for all. The FAO system has a Commission on Genetic Resources for Food and Agriculture. Among the main threats to genetic diversity, it highlights the following:
– climate change;
– loss of natural habitat;
– environmental degradation;
– effects of population growth (4). 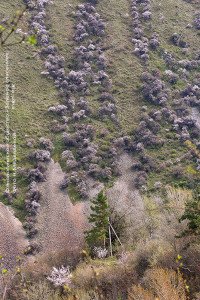 The rapid reduction in the number of wild apricot trees led to the fact that it was included in the Red List of threatened species of Kazakhstan. Under No. 117, it was included in the “List of rare and endangered species of plants and animals”, approved by the Government of the Republic of Kazakhstan dated on October 31, 2006, No. 1034. In the Red List of the International Union for the Conservation of Nature of Threatened Species, it is classified as “in a dangerous state” (5).

According to Article 339 of the Criminal Code, “illegal collection, acquisition, storage, sale, import, export, transfer, transport or destruction of rare and endangered species of plants or animals, their parts or derivatives, … as well as destruction of their habitats – punished by a fine in the amount of up to three thousand monthly calculated units or by correctional labor in the same amount, or by restriction of freedom for up to three years, or by imprisonment for the same period.”

Not a single state body of the Republic of Kazakhstan or an official person has the right to issue a permit for cutting of the plants included into the Red List (paragraph 5, Article 32-1 of the Law on Specially Protected Natural Territories).

It should be noted that these provisions of the law are applicable anywhere, regardless of whether the protected species grow or live in a specially protected area or in a city, village, etc. 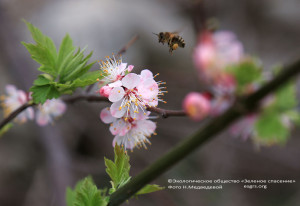 The Convention on Biological Diversity also protects genetic resources. It was approved by the Resolution No. 918 of the Cabinet of Ministers of the Republic of Kazakhstan dated on August 19, 1994, and takes precedence over national legislation. The objectives of the Convention are “the conservation of biological diversity, the sustainable use of its components, and the fair and equitable sharing of the benefits arising out of the utilization of genetic resources.”

However, even legal mechanisms are not always able to protect the Red List plants. An indicative example is the judicial practice of Green Salvation. According to the project of building a road to the ski resort “Kokzhailau,” it was planned to cut down several hundreds of red-list plants, including apricots and Sievers apple trees. Our organization went to court three times, challenging the legality of these plans. However, our requirements were denied. Courts of all instances ignored the norms of national and international legislation (for more information: http://esgrs.org/?page_id=4789; http://esgrs.org/wp-content/uploads/2018/01/Herald-2017_%D0%A0 % D0% A3% D0% A1_21.11.2017.pdf).

The road to Kok-Zhailau was not built, as the previous project of “development” of the natural boundary was abandoned by the project proponents. Now they are again trying to convince us of the state necessity and expediency … of destruction of the unique natural resources. It would feel appropriate to say: “These people do not know what they are doing!” But, unfortunately, they know, but they do.

* * *
1. https://ru.wikipedia.org/wiki/%D0%90%D0%B1%D1%80%D0%B8%D0%BA%D0%BE%D1%81_%D0%BE%D0%B1%D1%8B%D0%BA%D0%BD%D0%
2. “Genetic resources for food and agriculture are the raw materials upon which the world relies to improve the productivity and quality of crops, livestock, forestry and fisheries, as well as to maintain healthy populations of wild species. The conservation and sustainable use of genetic resources for food and agriculture is therefore at the core of food security and nutrition.” – Food and Agriculture Organization of the United Nations (FAO): http://www.fao.org/genetic-resources/en/?%25E9y0%2507=
3. Kokoreva I.I., Otradnyh I.G., Syedina I.A., Lysenko V.V. Rare species of plants of the Northern Tien Shan. – Almaty, 2013, p.4.
4. Biodiversity for food security and nutrition: 30 years of the Commission on Genetic Resources for Food and Agriculture: http://www.fao.org/resources/infographics/infographics-details/en/c/174199/
5. http://www.iucnredlist.org/details/63405/0 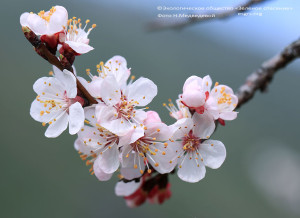 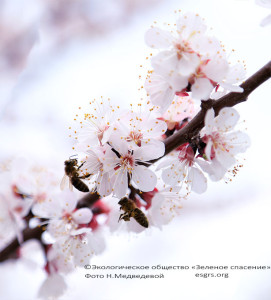 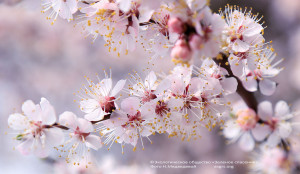 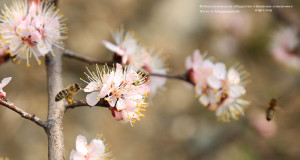 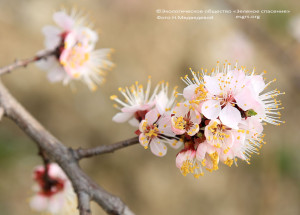