You are here: Home / Conventions / New applicants for inclusion in the World Heritage List

On January 7, 2021, another Kazakhstani object was added to the Tentative List of World Heritage sites—the Turanian deserts of the temperate zone (Cold winter deserts of Turan: http://whc.unesco.org/en/tentativelists/6496/). It is announced as an integral part of the transnational nomination, which Kazakhstan, Turkmenistan and Uzbekistan intend to prepare.

“Barsakelmes State Nature Reserve is one of the oldest protected area in Kazakhstan, established in 1939 on an island of the same name in the Aral Sea to preserve saiga antelope (Saiga tatarica) and goitered gazelle (Gazella subgutturosa).” 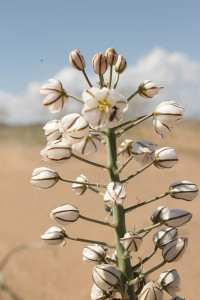 To be included in the World Heritage List, a property must be of Outstanding Universal Value and meet at least one of ten criteria. In addition, it must be protected, have a management system and meet the criteria of authenticity and integrity (http://www.nhpfund.ru/world-heritage/criteria.html).

A new Kazakhstani properties are considered to meet two criteria – ix and x, thus, it must:

“ix. to be outstanding examples representing significant on-going ecological and biological processes in the evolution and development of terrestrial, fresh water, coastal and marine ecosystems and communities of plants and animals;

The idea of ​​including the Turanian deserts of the temperate zone in the World Heritage List was developed within the framework of the Central Asian Desert Initiative (CADI)—Conservation and Sustainable Use of Turkmenistan Deserts. It is implemented jointly by the Ministry of Agriculture and Environmental Protection of Turkmenistan and the Michael Zukkov Foundation (Germany) (https://ia-centr.ru/publications/turanskie-pustyni-turkmenistana-kazakhstana-i-uzbekistana-gotovyatsya-k-nominirovaniyu-v-spisok-vsem/). 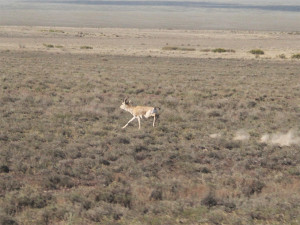 The International Academy for Nature Conservation held a seminar in Germany for experts from Central Asia and international consultants. “At the seminar it was noted that the Turanian deserts are valuable as habitats and migration areas for various species of fauna, including ungulates and birds. The seminar participants agreed on positions on joint preparation of a transnational serial nomination for inclusion in the World Heritage List of temperate desert sites in Kazakhstan, Turkmenistan and Uzbekistan.

The temperate deserts of Central Asia stretch from the Caspian Sea to Southern Mongolia, from the foot of the Tibetan Plateau to the steppes of Kazakhstan and are habitat to a large number of plant and animal species, consist not only of sandy massifs, but also of salt marshes, rocky and gypsum deserts and characteristic geological entities such as chinks” (https://ia-centr.ru/publications/turanskie-pustyni-turkmenistana-kazakhstana-i-uzbekistana-gotovyatsya-k-nominirovaniyu-v-spisok-vsem/).

It should be noted that the inclusion of properties in the Tentative List of World Heritage is only the first step for their nomination to the UNESCO World Heritage List (for more details see article 11 of the Convention on the Protection of the World Cultural and Natural Heritage: https://www.un.org/ru/documents/decl_conv/conventions/heritage.shtml). Currently, Kazakhstan has included 14 objects in the preliminary list, 11 of which have been awaiting nomination since 1998 and 2002 (http://whc.unesco.org/en/tentativelists/state=kz).

As you know, the period from 2021 to 2030 has been declared by the UN as the UN Decade on Ecosystem Restoration (https://www.decadeonrestoration.org/). We believe that the urgent preparation of nominations and the inclusion in the UNESCO World Heritage List of natural sites on the preliminary list is a necessary step for the preservation and restoration of the ecological systems of our country.