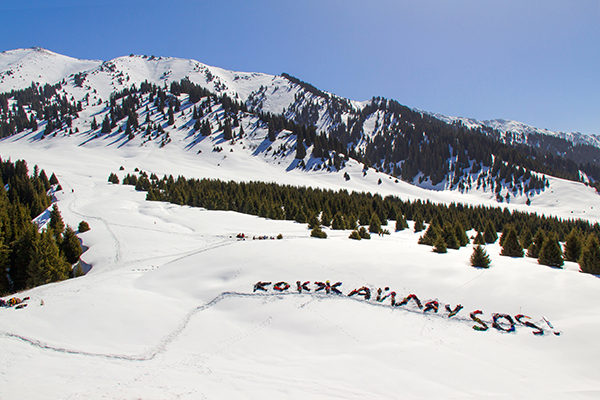 Administration of the Ile-Alatau National Park, as usually, preferred to stay aside from the solution of the problem. Although, it is not prohibited for them to initiate a question of returning the lands or, at least, to support the public initiative (Letter No. 2-19/1281 dated on 09.11.2015)!

According to the information provided in the letter of the deputy mayor of the city of Almaty, R. Taufikov (No. 2-31/7078 dated on 09.12.2015), the city mayor’s office already spent 8 billion 68 thousand tenge of budget money on the “Kokzhailau” mountain ski resort (MSR) project. This amount includes:

At the same time, a request for allocation of finances from the Republic budget for building of infrastructure of the MSR for 2016 was declined. However, the mayor’s office of the city of Almaty informed that, taking into account the 8 billion 68 thousand tenge of the budget money spent on design and construction of the “Kokzhailau” MSR and infrastructure for it, “the mayor’s office believes that adoption of a decision on returning of the Kokzhailau natural landmark to the national park, at the present time, is inexpedient.”

The mayor’s office plans to use the indicated territory for movable objects of ethnic identity, including ethnic villages and others.

It should be noted that earlier, the authorities refused to provide the information about the expenses on construction of the MSR, and this is the first official letter which indicates specific amounts spent on realization of the MSR project.

In summer 2015, the president of the country, Nursultan Nazarbayev, warned the people about the coming “difficult times” and called “the nation to be frugal”. At the same time, he outlined the goals for the government of “not letting social conditions of citizens to worsen and fulfilling all of their social obligations to the population.” Therefore, we decided to calculate what social projects for the city could have used the 8 billion tenge spent (5).

Taking into account that the money were allocated before the August devaluation, by the old currency exchange rate (185 tenge for $1), this amount would be equal to approximately 43.2 million US dollars.

For solution of one of the most urgent problems of the city, that is transportation, solving which would also improve the ecological situation in the city, the following could be done:

For solution of the social problems in the city, the following could be done:

Wouldn’t it be better to perform a number of social projects and solve the urgent problems for the city?

Summary of Lawsuits in 2015 by the Ecological Society Green SalvationInfamous anniversary. 10 years of Kazakhstan’s violation of the requirements of the Aarhus Convention