You are here: Home / Multimedia / Gallery / Journey to the land of the first flowers of the spring

Spring has come, it’s time to start a new filming season. Our first trip is traditionally dedicated to the first flowers of the spring.

On March 24, our small crew hit the road. The day was not the best because of the weather. Thick fog covered the mountains in the morning, and rain clouds appeared later in the day. To the point, by the time we were returning to the city, it was raining.

But we decided not to postpone the trip and we did not regret it. After about forty minutes of driving up the main road to the mountains, we randomly turned onto a dirt road. There was an evidence of intensive grazing everywhere. Our hope to find the first flowers of the spring began to fade away. But suddenly, here and there we noticed snowdrops (Crocus alatavicus). Because it was an early overcast morning, the flowers were still closed up. The further we followed the mountain gorge, the more flowers we saw.

The road ended. When we got out of the car, we realized that we were in the land of the first flowers of the spring. Crocuses, Corydalises, Gageas were everywhere… On the slopes, there were whole meadows of irises (Iridodictyum kolpakowskianum). Leaves of tulips have already emerged from the ground, there will be quite a few of those too. Another interesting feature of this place are willows, which seem to be at least a hundred years old. The trunk is so thick that even two people won’t be able to wrap themselves around it. And the bark is like a three-dimensional map with mountains, valleys, rivers and even craters.

But, as they say, it’s better to see once than hear a hundred times. The photographs are below.

Text and photos by Nataliya Medvedeva. 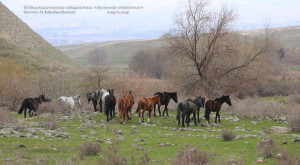 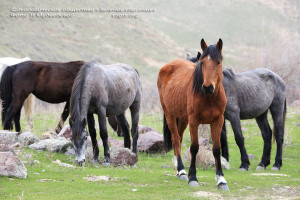 Results of monitoring of national parks of Almaty oblast in 2018