You are here: Home / News / Honorary President of NABU about Kok-Jailau project 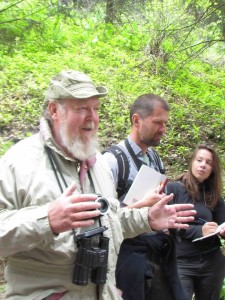 Professor, doctor Michael Succow, honorary president of Nature and Biodiversity Conservation Union of Germany (NABU), alternative Nobel prize winner (Right Livelihood Award) arrived to Kazakhstan, in order to experience its nature a little closer. The trip was organized by the Michael Succow Fund in collaboration with the Greifswald University and the Kazakh National University named after al-Farabi. Together with German and Kazakh students, Michael Succow conducts researches of ecological systems of Balkhash and Northern Tian-Shan regions.

In 1997, professor Michael Succow received the Right Livelihood Award. In 1999, he founded a charitable fund in Germany using the money from the award. The goal of the fund is to protect the nature (Michael Succow Fund, http://www.succow-stiftung.de/home.html). The fund operates on the national and international level. It is involved in the activity of development and protection of national parks and biosphere reserves in the countries of the former Soviet Union.

Back in 2000, Michael Succow was one of the initiators of the work on inclusion of the first natural territory of Kazakhstan into the UNESCO World Heritage List. And in 2008, at the 32 session of the World Heritage Committee, a decision was made about inclusion of the nomination “Sary-Arka – steppes and lakes of Northern Kazakhstan” which included territories of Naurzum and Korgalzhyn state natural reserves.

In 2012, professor Michael Succow brought his attention to the project of construction of Kok-Jailau ski resort in Ile-Alatau national nature park. On April 12, 2012, Michael Succow and Thomas Tennhardt, vice-president of NABU International, addressed to the President of Kazakhstan with an appeal to stop this project. The letter was also sent to the Minister of Environmental Protection, Ministry of Agriculture, and minister of Industry and New Technologies. Unfortunately, no reply has been received.

In May 2013, professor Michael Succow arrived to Almaty and together with the members of the Initiative Group “Protect Kok-Jailau”, representatives of Ecological Society Green Salvation, and faculty and students of Greifswald University visited Kok-Jailau Hollow in Ile-Alatau National Park.

Kok-Jailau was chosen for the field trip because it is one of the biodiversity hotspots in the Northern Tien-Shan. All participants of the trip were amazed by what they had seen! Blooming wild fruit and coniferous forests and alpine meadows – and everything is almost untouched by the human activity. Professor Michael Succow was surprised that Ile-Alatau National Park does not utilize its wonderful potential for the purposes of ecological tourism, and that the city authorities are planning to turn this place into a ski resort!

– It is essential to preserve the last untouched nature spots from construction development! You have these treasures! Value them, preserve them! – said professor after the hike on Kok-Jailau. 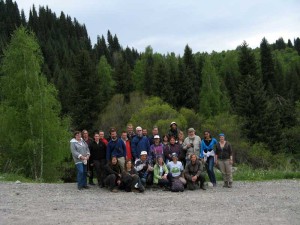 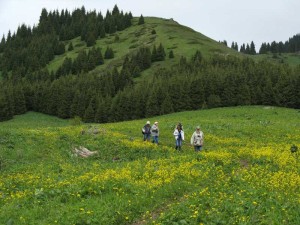 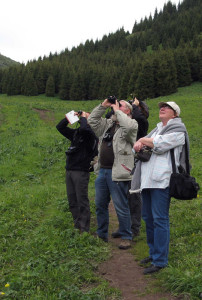 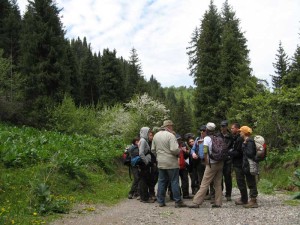 Pardon Us, World Heritage or Ecocide for Personal Gain