You are here: Home / News / Thousands of seedlings of Sievers apple trees and tulips of “Nursultan Nazarbayev” variety are abandoned on Kok-Tobe 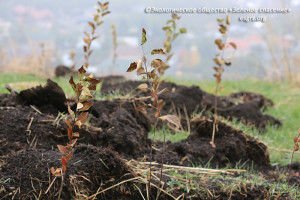 According to the Akimat of Almaty, on October 13, Jasyl Almaty conducted a tree planting event on the mountain Kok-Tobe. About 500 people, including 200 volunteer students, took part in the event. Overall, 40 thousand Sievers apple tree seedlings and 500 thousand bulbs of tulips of “Kazakhstan” and “Nursultan Nazarbayev” varieties were planted. (https://www.facebook.com/almaty.gov.kz/posts/2339716886150432).

As many Almaty residents, we support the idea of increasing the green vegetation fund of the city. But planting is one thing, and making sure the trees grow and add real beauty to the city and become its ”lungs”, is another thing. Therefore, the Ecological Society Green Salvation conducts monitoring of the condition of green vegetation of the city.

In order to get the original information for the monitoring, we decided to take a look and make pictures of the new plantings. First of all, we were interested in how the planting was conducted, and how further care for the tree saplings and tulips is going to be organized. 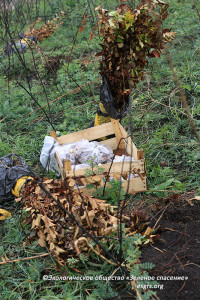 On October 17, we visited Kok-Tobe. We were struck to the core by what we saw. Therefore, on October 18, we visited the planting site again, but this time we invited news reporters.

The soil was not properly prepared for the seedlings. Apparently, no survey of the soil conditions had been carried out either. Many tree seedlings were planted inside thick-set of rosehip bushes at a distance of less than half a meter from each other, which indicates that there wasn’t any preliminary planning involved. It looks doubtful that the seedlings will take root. Garbage and thrown shovels, as well as boxes with hundreds of tulip bulbs were left behind at the planting site. Packages with planting material were scattered everywhere. According to our estimates, about 2 thousand seedlings of the Sievers apple tree were never planted, i.e. died (see photos in the attachment). 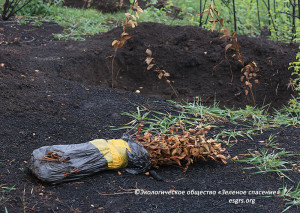 It should be noted that the Sievers apple tree is a threatened plant included in the Red List; many scientists and specialists from many countries have been struggling for many years over restoration of this species. It is extremely puzzling to witness this kind of attitude to the Red List plant, listed under No.104 in the “List of rare and endangered species of plants”, approved by the Government of the Republic of Kazakhstan dated October 31, 2006, No. 1034.

We turn to the akimat with a request to explain how this wonderful undertaking turned into a typical formal action?

On October 21, the press service of the akim of Almaty informed that an incident was investigated and reprimand announced to responsible staff. The seedlings abandoned on Kok-Tobe are returned to the nursery. Specialists are working to restore them for future landing (Source: https://informburo.kz/novosti/sagintaev-obyavil-vygovor-podchinyonnym-za-broshennye-na-kok-tobe-sazhency-.html). 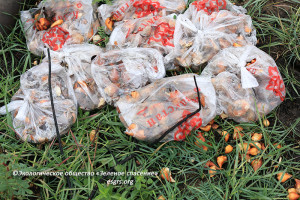 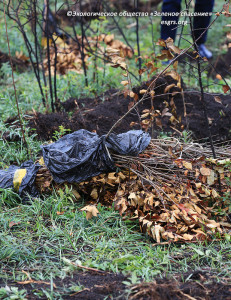 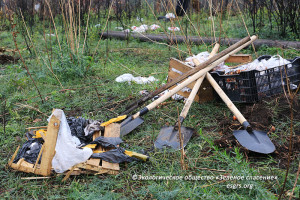 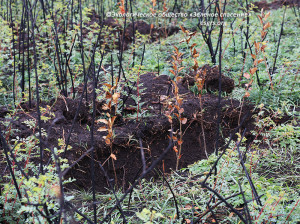 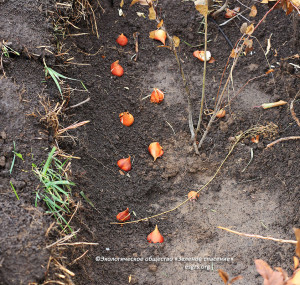 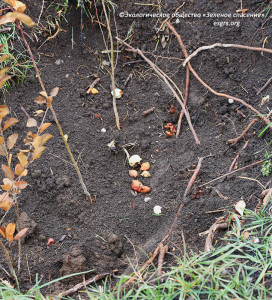 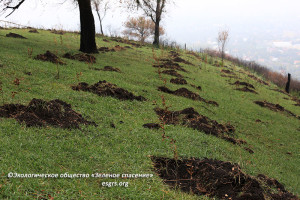 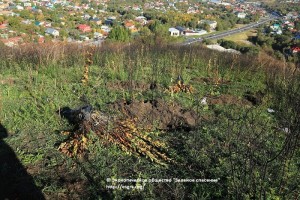 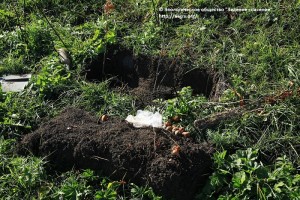 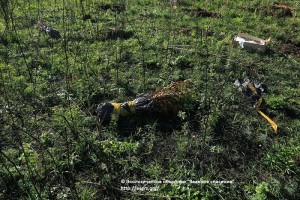 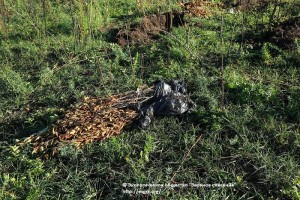 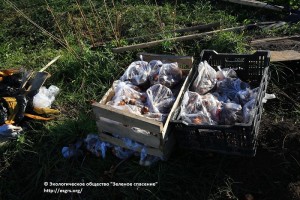 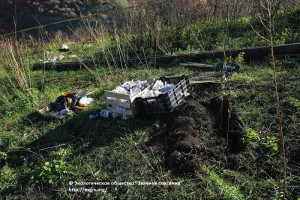 WordPress Grid Gallery
It is still a long way to the final termination of the construction of the mountain ski resort on Kok-Zhailau!Talgar: one step forward, two steps back

With Christmas Greetings and all Good Wishes for the New Year!